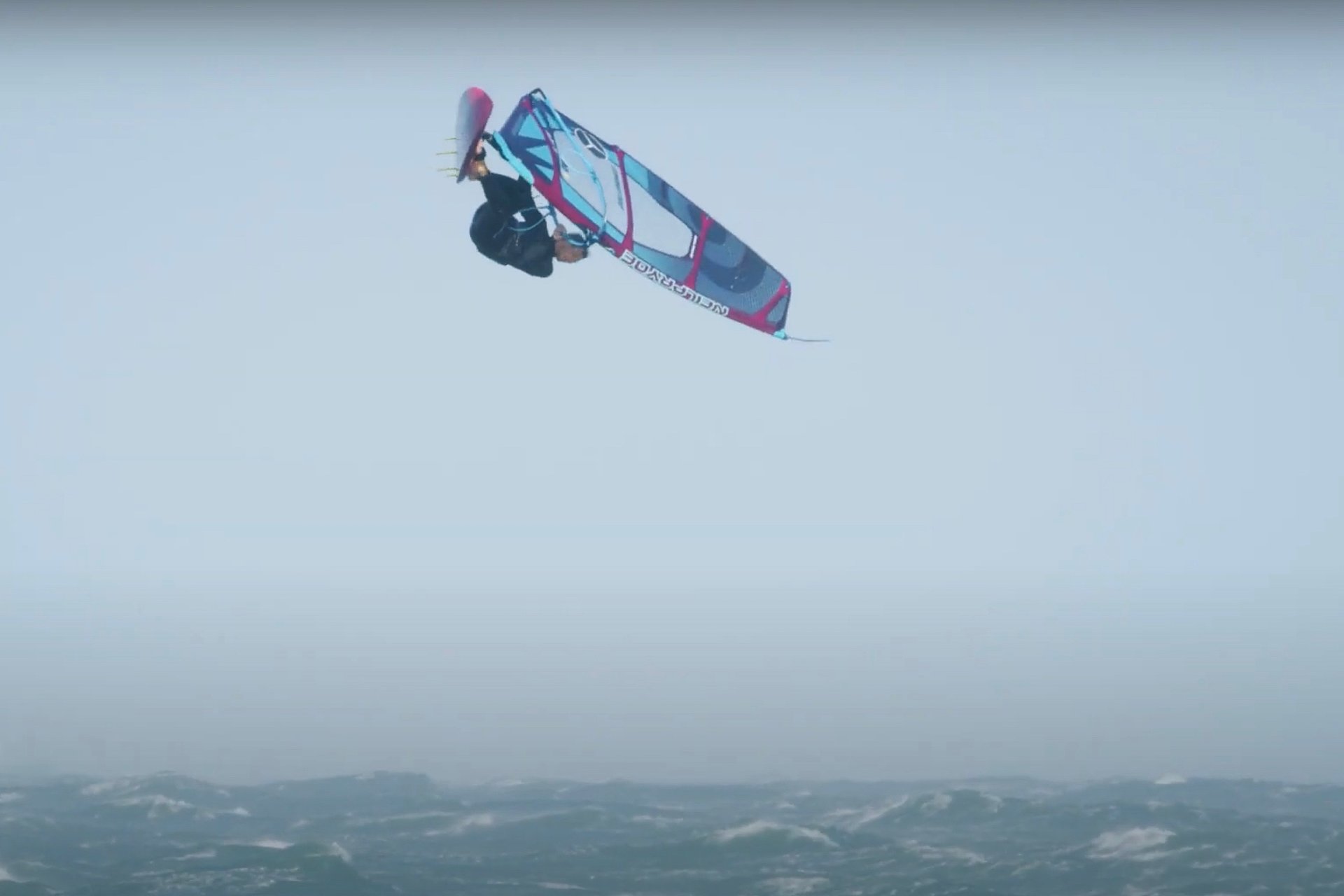 The start of autumn has been a windy one in northern Europe and Leon Jamaer (JP / NeilPryde) has been out chasing storms in the North Sea in search of the best conditions he can find. Things may not have started perfectly on this chase, but it ended beautifully with the German scoring epic conditions which you can see @ youtu.be/sKsznd41HU4

Leon Jamaer: “This little North Sea storm came as quick as it disappeared again so we had to be fast. I picked up Stefan, who was going to film me on this trip, early in the morning and drove the four hours to Klitmøller. The storm had arrived before us and after a little wait the waves came too. I was powered up on 3,7 and, due to strong current and really sideways and round waves, struggling to find good ramps. After a few hours I changed to a different spot which had dreamlike conditions compared to that first session. Even though I started to get really tired I couldn’t stop riding and enjoying the clean waves. At some point my concentration and strength was pretty much gone which resulted in lots of crashes and swimming. Stefan definitely performed better that day and got some nice shots despite the stormy autumn weather. The title woanders (elsewhere) refers to people guessing spot locations on social media. I didn’t want to give away all the precious information just like that so I often replied “woanders“. As Robby Naish said on the Windsurfing Podcast… as much as it makes life easier the unlimited information available on the Internet also takes away anything difficult and mostly what is exciting about realising a windsurf trip. I hope this clip inspires people to get in the car and explore their local and foreign coasts.”