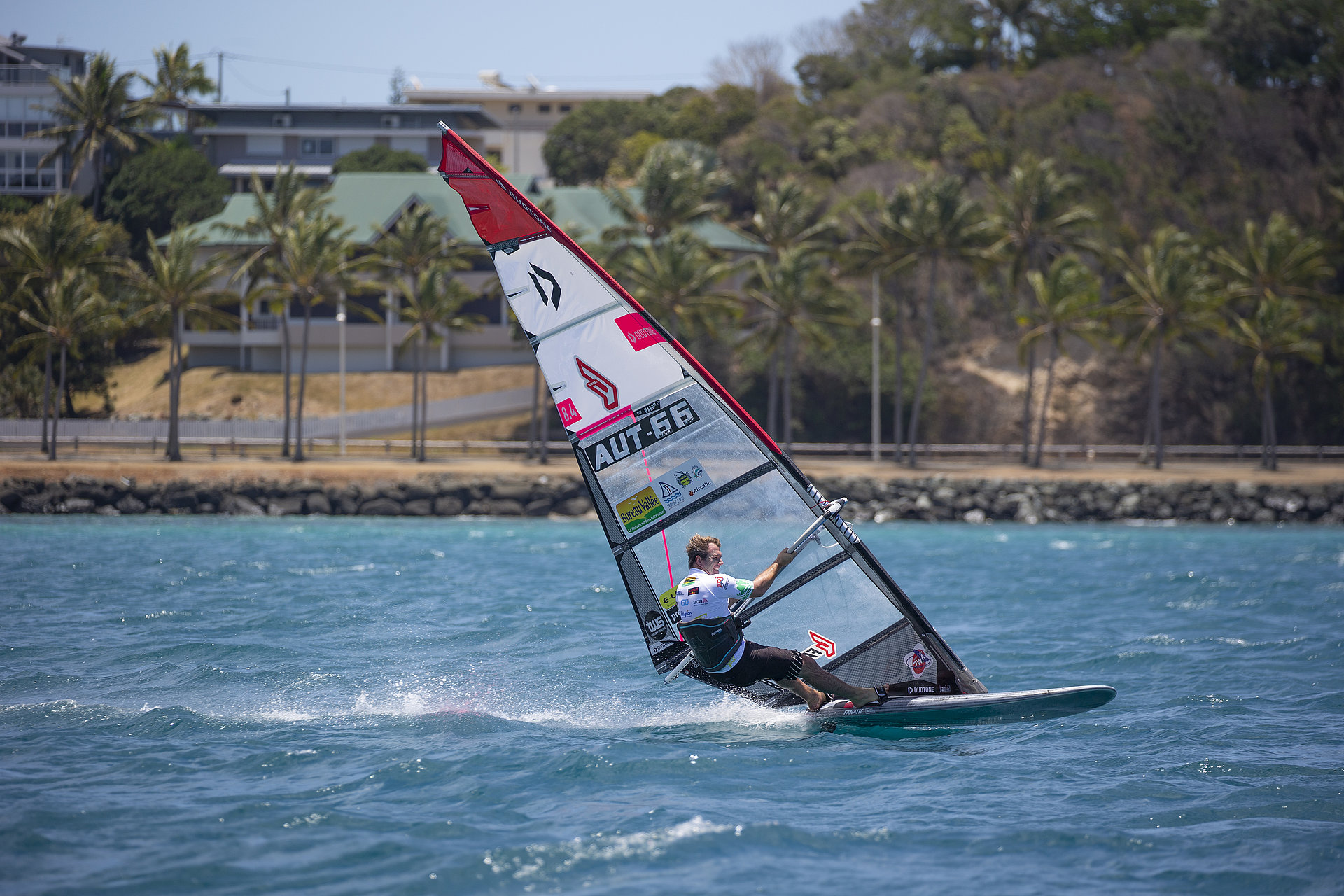 At the end of 2017 things couldn’t have been going much better for Marco Lang (Fanatic / Duotone). The Austrian had just secured a brilliant first victory on the world tour in Sylt after winning both eliminations and he proved it was no fluke with an excellent 4th place in New Caledonia, which saw him finish 7th in the world for 2017.

That should’ve provided the perfect springboard for Lang to really kick on and be a real threat for the overall top 5 and beyond. However, those hopes were quickly dashed after picking up a mystery virus, which would eventually force Lang to retire from the season early after blacking out whilst racing in Fuerteventura.

After that massive setback, Lang is back to 100% after some much needed rest followed by a gruelling rehabilitation program. After the lows of 2018 Lang produced some solid performances once again in 2019 to deservedly re-establish his place the overall top 10. After a topsy turvy couple of years we recently caught up with Marco for an interview:

Hey Marco, how’s it going? After a testing 2018 it seems like you are now back to full fitness and back sailing at the best of your ability… how happy were you to return the overall top 10 after that mystery virus?

I am super happy about that and I'm feeling super fit.  It was the hardest decision in my career so far but sometimes you have to stop and give your body a rest and time to recover. It was a good decision to take a 6 month break without any competitions and I guess that was the right way to recover 100% and come back as strong as I was before.  How hard was the road back? And did you ever feel like giving up?

For sure,  as I ended my season after Fuerte I was afraid that it could be a 'final end', that I would never return to the racing course.   At that moment I didn’t know how long it will take to be fit again. I am so thankful to all my sponsors, family and my girlfriend who were supporting me a lot during that period.  After some weeks of total rest without any fitness training and not even an hour on the water it started to get better! And  from that moment  I was extremely motivated, I wanted to come back, I wanted to come back stronger than before and I was telling myself every day “I WILL COME BACK STRONGER”! A strong mind and iron will was the essential thing!

You are heavily involved with the R&D with Fanatic and Duotone - how rewarding do you find that part of your job?

For me it was an important step in my life. Because I was not sure about my career after my career as a sportsman and now I feel a bit more relaxed.  Life is more busy than ever and I barely have time to rest but, to be honest, it is a great feeling to have a fulfilling job! Sometimes its really difficult for me because I see all my main competitors training hard and I have to test some freeride equipment instead of my racing sails, but I am on the water anyway and I think it is really important having some time on the water!

Having been working on the R&D for the last few years how proud were you to see your good friend - Pierre Mortefon - win his first world title? That must also make all the hours and hard work that you put into the gear development worthwhile?

Pierre becoming world champion is definitely the best moment in 2019.  I am so happy for him because we were working and training so hard for that title and finally he got the title. Without that great team, and I really mean every single person of that amazing team, we wouldn’t be able to reach those goals and I'm happy to be in such a great team.    How are your preparations for the new season going?

Now I am in Tenerife to focus on the R&D for 2021 but for sure I will prepare myself as well for the upcoming season during the TWS Pro Slalom training.

I feel quite good, super fit and I'm absolutely motivated to show off!

Thanks, Marco! Good luck with the rest of your preseason training and testing.