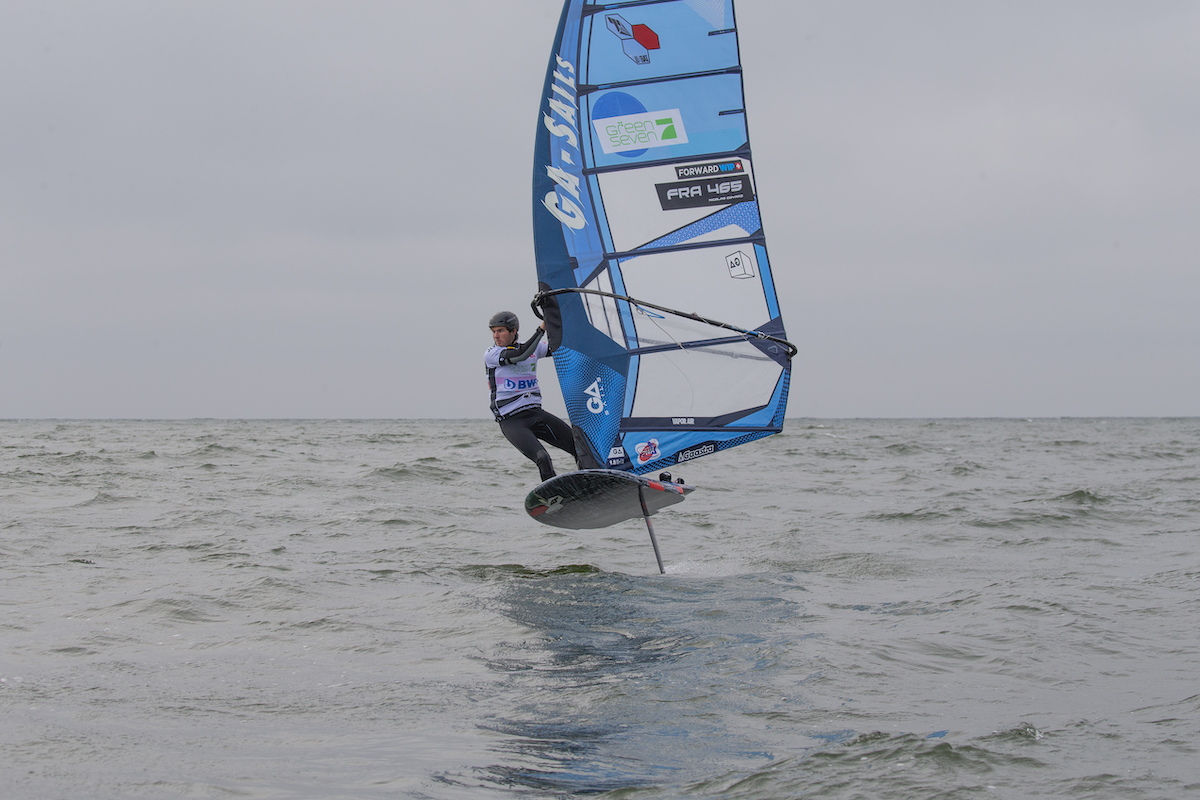 Over the last couple of years - Nicolas Goyard (Tabou / GA Sails / Phantom Foils) - has shown the undoubted potential to challenge at the very top of the sport - winning multiple Foil Eliminations a long the way. However, whilst being capable of winning races he was also conscious about his lack of consistency, which was badly harming his chances of winning events, rather than just races. The 23-year-old was very much aware of this and before the final Foil event of the season in Sylt this is something that Goyard, to great credit, knew he needed to address. That attention to detail, to analyse, and to take the time to review his past performances paid off handsomely in Germany with the Frenchman not finishing outside the top 4 in the 8 opening races, which saw him not only deservedly win his first event on the world tour, but also earn his first world title! After cracking the code for consistency we recently caught up with Nico for an interview, which you can read below:

Hey Nico, congratulations on becoming the 2019 Foil World Champion - how does it feel?

Hi Chris, actually I really don't feel any different from before my world title! I just trained hard enough to make it happen and it felt natural in a way to come to that point. What I'm proud of is what I've done to make it to this point and how it made me grow in my mind and technically. But I consider to be exactly the same guy as before!

Before Sylt your best result was a second place - how does it also feel to win an event on the world tour, which made you world champion?

What I’m happy about is to have been able to work on my weak point which was clearly my consistency in Japan and Costa Brava. I knew for a long time that I had the ability to win an event and I just needed to fit all my positive points and forget about the negative ones!

So I’m super happy to have won this event… The first win of my career. It means much more than the first win of a race as it is a matter of mental ability to win an event! I really went a step further!

You were incredibly consistent in Sylt - only finishing outside the top 4 once - and that was when you were already guaranteed the event and world title… did you know that you had already won before the final race?

We already knew for a while that the prize giving was scheduled at 3pm and it was already too late when we began the first slalom of the day to start a second one thereafter. I had a short discussion with the committee before the race that confirmed it was the last race of the event… Then, I knew that I was already enough points ahead to win… I was clearly sick since the beginning of this last day and when I realised that I was a bit early on the line, in my mind I just thought “**** it, I’m cold, I’m sick, let’s get back to the beach” and that’s exactly what I’ve done. Luckily, because when I came back to the beach, I was 38-39 degrees of fever and just shivering of cold…

To not finish outside the top 4 in 9 eliminations is pretty incredible - do you think you were just in the zone in Sylt or what would you put that level of consistency down to? Furthermore, you’ve won plenty of races on the world tour before and had plenty of solid results, but do you think the win came down to just being able to cut out mistakes? And what do you think helped you to do that?

Actually, I think there are different factors. First factor, compared to previous events is my improvement on the mental side. Before Sylt, I was used to sailing a few horrible races, while also sailing some really good ones. After a good race analysis, I’ve determined that my risk factor was sett waaaay too high. I was able to perform well in some races, but I was also able to lose many places in a race just because I was taking too much risk… In Sylt, my goal was mainly to perform well in each race without necessarily trying to win each race… And that makes a huge difference to the stress induced and so on…

You are one of the few sailors who seems to be able to easily switch between upwind/downwind racing and Slalom Foil… why do you think that is and do you prefer one or the other?

I’ve clearly been training a lot on my settings in Slalom Foil and it helped me to be quick in that format. Then… I don’t prefer one or the other: I am an upwind-downwind racer by heart, but I love slalom as well for the adrenaline it gives… So, to this point, each has a reason to be.

How different are the setups for upwind/downwind and Foil Slalom and is it tough switching between the two disciplines on the same day?

The main difference is in the stabiliser angle setup. Basically, we reduce the power of the foil (and so the angle of the drag) to compete in slalom racing. And we reduce as well the sail area (1-2m²). What might come next year are shorter fuselages as no one registered some this year - regarding the fact we all thought at the beginning of the year that we were going to mainly be competing in upwind-downwind.

How did you celebrate becoming world champion?

I was super sick and didn’t really celebrate it yet!

The final Slalom event of the season will be in your home in New Caledonia - are you happy to have the world tour back at your home?

Of course I am! Really looking forward to be there again :). Especially because this is a new spot, which is truly my home spot!