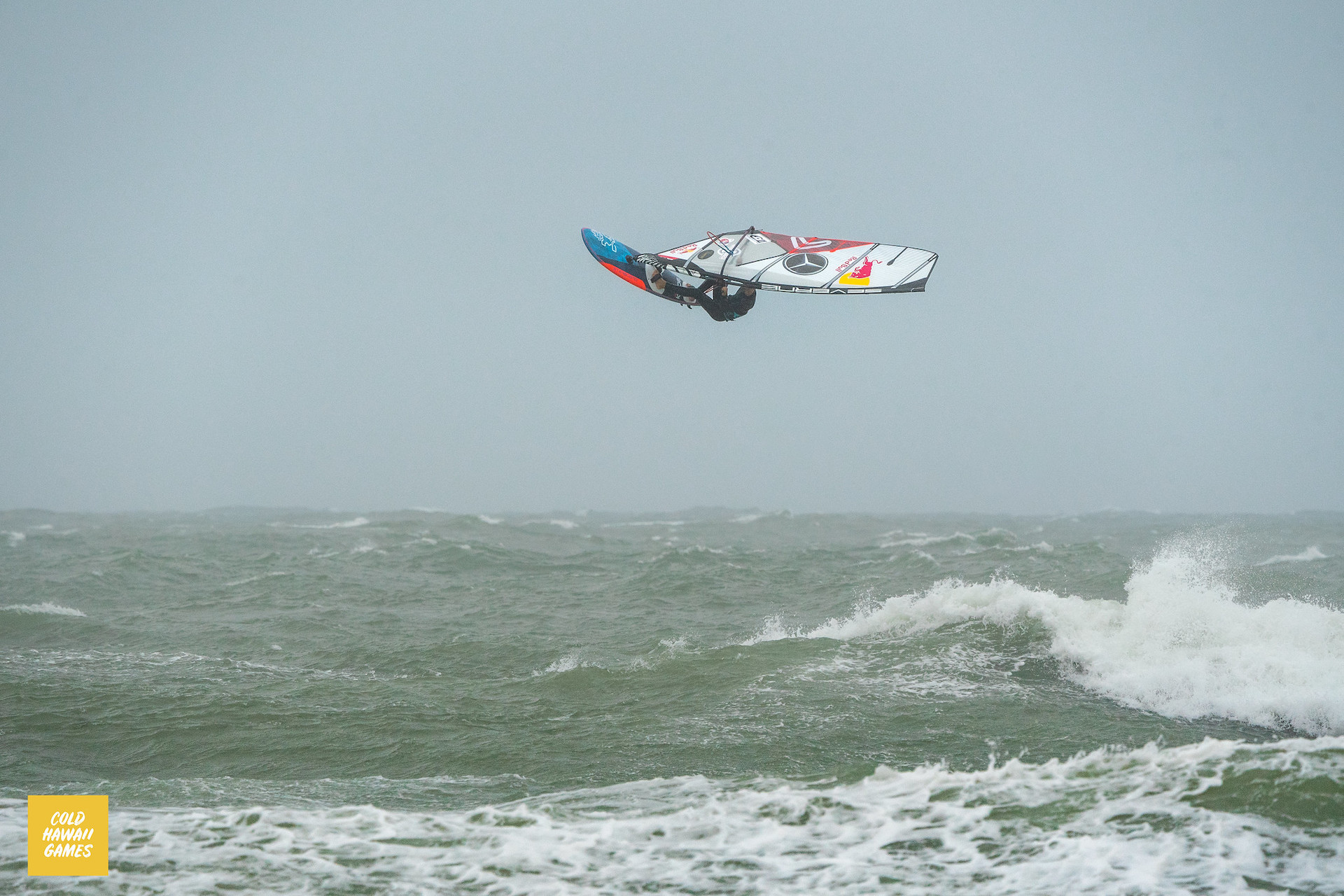 Day one of the ​Noerstick Cold Hawaii PWA Youth Wave World Cup certainly didn’t disappoint with Klitmøller delivering a full day of competition, which allowed results to be gained in every fleet. The next generation were given a stern test with the North Sea throwing up some sizeable nuggets, while fluctuating winds -20-35 knots - made things tricky at times. However, they passed that test with flying colours with every fleet putting on impressive performances.

Line Bang Wittrup (Goya Windsurfing) enjoyed a great day as the young Dane was able to win two out of the three girl’s finals completed on day one, which gives her a slender lead over Lina Erzen (Flikka / Duotone) in second place, while Maria Behrens (Fanatic / Duotone) completes the top 3. All the girls thoroughly impressed the judges with their cutbacks in particular catching the eye.

The level in the U15s proved to be incredibly close with almost nothing separating the top 4 boys. In the second semifinal Anton Richter (JP / NeilPryde) caused a big upset as he took down the local talent of Tobias Bjornaa by just half a point, leaving the local boy gutted not to make the final at his home event. The young Dane picked himself up from that disappointment though to successfully win the battle for the final place on the podium against Val Erzen (Flikka / Duotone), who also impressed the judges throughout the day.

Having caused the upset of the day, Richter, continued to impress and deservedly won the final ahead of Italian Giulio Gasperini (Starboard / Severne), who also enjoyed a solid day of competition.

Last year’s U15 World Champion - Liam Dunkerbeck (Starboard / Severne) - and Vice-World Champion - Lennart Neubauer (Starboard / Severne / Maui Ultra Fins) - set up another final together with both sailors looking in formidable form. Having looked so dangerous in the preliminaries - Dunkerbeck - continued to fire on all cylinders in the final and was able to gain the upper hand against Neubauer with his rail-to-rail fluid wave riding really standing out!

The top 3 was completed by Lars Bubelach after the German was able to see off Marlon Moelner.

In the U20s, Henri Kolberg (Hot Sails Maui) / Maui Ultra Fins) was the clear standout sailor with the 19-year-old sailor being the only sailor in the fleet to land double forwards! The top 3 in the U20s was completed by Simon Thule and Malte Rahbek Oegelund.

The forecast for the next couple of days looks quite light, but there is still the possibility of hosting a super session later in the week.